In October, Caroline and Stephen wrote about their Alumni Impact Interview with Dr. Masialeti Masialeti, and then took a short sabbatical in November to take care of the EFMD-accredited review visit. They are now back in action and ready to deliver more details of how the DBA has impacted our doctors since the first cohort graduated in 2015.

In this month’s newsletter, you will be able to discover Dr Philippe Anhorn and his work in the Swiss healthcare sector. But first of all, we’d like to let you into a little Business Science Institute secret. It was actually thanks to Philippe that the Alumni Impact interviews first began. Back in March 2021 during the Spring Seminar in Paris, Professor Kalika, Professor Mourey and Stephen were running Saturday morning webinars for candidates and graduates on the topic of impact. During one of these webinars Philippe produced a document showing how he was creating impact through the DBA. This was a Eureka moment for us all, when we suddenly realised just how much impact our graduates were generating and just what a poor job we were doing in capturing all of this!

So, thank you Philippe!

Caroline and Stephen will be back in touch soon with the remaining 100+ graduates who haven’t yet been interviewed. The results will serve a wide range of purposes, helping us to better understand how well the intended learning outcomes of the programme are being achieved, where the core value of the DBA lies in terms of impact and providing us with valuable material for future publications. 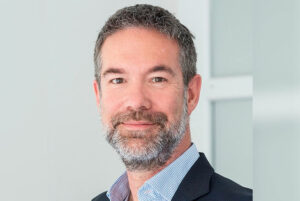 Generating impact is not necessarily deliberate

Interestingly, we began our discussion talking about the March 2021 webinar on the dissemination of impact, with Philippe explaining that in his view many graduates don’t immediately think about generating (academic) impact from their work. He sees the DBA more as a catalyst for certain things that they were already doing before, and that they will continue to do afterwards more intensely. He also pointed out that there is a perishable or bio-degradable side to research, stressing that it is important to not rely forever on the achievements of the DBA even if becoming a doctor offers a certain legitimacy in the workplace.

Continuing on the theme of legitimacy, Philippe explained that the list he had shown us during the webinar back in March 2021 was in fact a list of the invitations received since he had started communicating the results of his DBA. This included invitations to present his results at conferences or at research or healthcare venues, and invitations to publish articles in the professional press or in book chapters. Although he insisted on the fact that the two chapters he was working on covering healthcare systems management could have been done without a DBA given his role as President of an international health systems analysis society, he thought that perhaps no one would have spontaneously thought to ask him to write the chapters and maybe he would have faced more scepticism if he hadn’t already successfully defended his thesis.

Transformation, responsibilities and the permeability of research

During the Spring Impact Seminar organised by Business Science Institute in March 2021, many of the professors who took part in the faculty workshops talked about how the candidates they supervised had taken on new ‘transformational’ roles in their organisations. Philippe agreed with this, and especially in a line of business totally saturated with new paradigms where the tendency was to carry out projects and pilot tests one after the other, stacking them together and over-fragmenting the system. He believes that the objective should be to transform and improve the system, rather than adding layers and complexity. To achieve that, the action research he did is participatory and transformative leading the researcher to say “How can we do things differently and better?”, rather than saying “What can we do more of?”.

In addition, this comes with both opportunities, and more importantly, responsibilities. Philippe explained to us that he had recently been recently been questioned by staff representatives in his organisation who wanted to know what the impact of his research was now actually going to be on their work in the future.

“When you are a researcher in your own organisation, there is permeability, there is contamination, there are things like that. It’s very interesting but quite touchy in some ways”.

Instead of rebelling or being outraged, be proactive and write a thesis

Philippe also talked to us about his relationship with his supervisor Prof. Véronique Zardet, and how they met during his work as a committee member of the ALASS international health systems research society (Asociación Latina para el Análisis de los Sistemas de Salud). Following meetings, the participants would get together to socialise and talk about their own experiences. It was during one of these discussions when Philippe was telling her about the things that needed improving in the Lausanne healthcare system that she suggested he “be proactive and write a thesis about it!”. Her initial suggestion was for Philippe to follow a PhD programme, but given his professional context they soon agreed that the Business Science Institute DBA would be ideal for him. Prof. Zardet was therefore instrumental in helping him “metabolise and channel the important, intriguing, frustrating or irritating aspects of his day-to-day activity into something productive. And to be proactive as well as creative rather than just sat there grumbling in the corner”.

As with all of our alumni interviewees, we made a point of openly discussing the frustrations or challenges involved in the DBA journey. In this part of the interview, Philippe talked about how the process of writing the thesis had allowed him to dig much deeper than he had ever done before in the relationship between his practice and the concepts that can be leveraged to transform and advance this activity. Having said that he added the following interesting thought about post-DBA life:

“I don’t know if we can say that it strengthens or if it really enriches because once you’ve defended your thesis and you return to an ordinary rhythm and rate of work, you’re aware, you know that it exists, but you don’t necessarily have the time, the means or the need to carry out this association between concepts and operations”.

In spite of this, 6 months after our interview we are delighted to report that Philippe has been more than active in his post-DBA phase, presenting his work at an international professional conference, and with 3 book chapters planned for publication late 2022 or in early 2023. He has also recently applied to join 12 other graduates for a position as Associate Researcher at Business Science Institute!